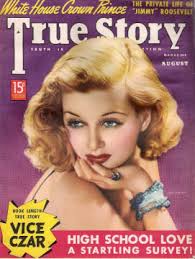 I find this next story interesting for a few reasons. At 160 pages it’s probably the longest single story I ever churned out; it seems I wrote it when I was in high school which will either make it less cringeworthy than The Islanders because I was becoming a better writer, or it will be infinitely more cringetastic because I should have been a better writer by the time I hit high school; it seems to be somewhat autobiographical; and finally, what I find most intriguing, is that I have absolutely no memory of writing this story. So aside from the first handful of pages that I flipped through trying to trigger a recollection, we’ll essentially be reading it for the first time, together. And hopefully, by the time we’ve finished, I’ll still be thinking this was a good idea.

Also, I didn’t give it a name or gave it one I’ve since forgotten. So for the time being, I’m going with BOATS – Based On A True Story. But I reserve the right to change it if a better idea comes along.

So now, without further delay and for your reading pleasure, I give you BOATS …

Paula’s parents had gone away for the weekend, so being normal kids growing up in Suburbia, USA, a few of us had gathered at her house to watch TV, have a few beers and basically hang out.

It wasn’t a big party, just Paula, her new boyfriend Steve, Lisa, Kevin and myself. For a while it was fun having the house all to ourselves, but after a few hours we started to get bored.

We all shrugged and started at each other hoping for an idea, then Paula smiled and whispered something to Steve. He shook his head, but then Paula said something else and he seemed to agree with her.

“I’ll get it,” he said to her. “But you better get some money together.”

“I will,” Paula said as Steve headed out the door. “Now hurry back.”

Paula smiled broadly as she looked at us, “Steve went to get some coke.” The room seemed to light up at Paula’s mention of the word ‘coke,’ and everyone’s face broke into a smile that matched or bettered Paula’s. Everyone’s except mine.

Instantly I felt like a naive little kid. They all knew what was going on and I had never even seem cocaine except on TV documentaries. I knew it was expensive and the ‘in’ thing to do, but it still scared the hell out of me.

I drank at parties, so it wasn’t like I was a total innocent, but I didn’t like the thought of sniffing anything up my nose. At least with beer and cheap wine I knew what I was putting in my body, but I had heard horror stories about cocaine being cut with rat poison or PCP or something equally dangerous. Coke might be the ‘in’ thing to do, but I was in no mood to take a chance on hemorrhaging to death or tearing off my clothes and running screaming into the night.

My mind immediately went to work trying to figure out a believable excuse as to why I couldn’t indulge with them.

Steve returned after about an hour with the cocaine. By that time I had decided to tell them I couldn’t participate because I didn’t have any money.

“C’mon,” he said. “It’s great stuff. Practically pure. I wouldn’t want you to miss out.”

I smiled weakly and went to join them.

We all trooped into the bathroom and stationed ourselves on the edge of the tub or one of the counters. Steve closed the lid and took the best seat. Being the one with the goods he was naturally in charge.

“Why is this done in the bathroom?” I asked, thinking about the larger, more comfortable rooms in the house.

“In case someone comes over,” Kevin told me.

“What do we do then? Tell them we’re all in the bathroom taking a community piss?” I said.

We sat around making bathroom jokes while Steve chopped the coke with a razor blade, going over it again and again, first one way and then the other. Finally he seemed satisfied that it was chopped fine enough and began lining it up. He separated four lines from the little white pile of powder and handed the mirror and a straw to Paula.

Holding the straw between her thumb and middle finger, Paula positioned the straw over the line and and put the other end just near her left nostril and pinched her right nostril shut with her index finger. Slowly she drew the straw along the line while deeply inhaling, and the line disappeared up the straw and into Paula’s nose.

She raised her head, sniffed a few times, smiled and handed the straw back to Steve.

“Do another line,” he said. “or else you’ll be lopsided.”

Paula repeated the procedure on the other side of her nose.

Steve looked at me. “You ready?” he asked.

I smiled weakly. “Ready as I’ll ever be.”

Paula handed me the straw and Kevin held the mirror for me. I looked into the mirror and saw my reflection.

I told myself to relax and tried to remember what Paula had done so I could imitate her. I had no problem remembering how she had done it, but my hands were shaking so badly that I could hardly keep the straw over the line. Somehow I managed to get the coke up my nose and I handed the straw to Kevin.

“We’re gonna have a lot of lopsided people here tonight,” Kevin said as he gave the straw back to me. “Do another line.”

I took the straw back and did another line. It was easier the 2nd time.

“Yeah,” I sniffed. “Great!” It could have been baking soda for all I knew.

After the mirror had gone around a few more times, I began to wonder what all the fuss was about. I didn’t feel very different, except that my nose and gums were numb and I felt very happy. It was a nice feeling, but nothing to write home about.

Lisa and I were spending the night at Paula’s. Kevin and Steve had been gone for a while and we sere sitting around watching an old movie.

“You sure spent a lot of time in your bedroom with just okay weirdo,” I said.

“Anyone can get coke,” I told her.

“Yeah, but Steve sells, so I don’t have to pay for it. Usually.”

“So you get free coke. Is that the only reason you go out with him?”

Paula smiled. “Can you think of a better reason?”

“What did you do last night?” my mom asked.

“Nothing,” I said. “Just sat around at Paula’s”

“It was just a couple of beers, Mom. And it’s not like I drove or anything. I just stayed at Paula’s.”

“I know, honey,” she said. I just don’t like the thought of you drinking. My father is an alcoholic and I don’t want to see you …”

“Don’t worry about it, Mom,” I interrupted. “I’m not an alcoholic.”

She hugged me, saying, “I just can’t help worrying about you. You’re still my little girl and I don’t want to see anything bad happen to you.”

I hugged her back.

“What did you do last night?”

“Nothing. Just sat around at Paula’s.”

“Did you take drugs?”

“I did a couple lines of coke.”

“I just did a couple lines, Ma. I didn’t freebase or anything.”

“I know, Honey. I just don’t like the thought of you snorting. My father is a junkie and I don’t want to see you …”

“I know, but you’re still my little girl and I worry about you,” she said.

Like Loading...
This entry was posted in Autobiographical, Based On A True Story, BOATS, Humor, Lesbian, Semi-Fiction and tagged Cocaine, Danger, Drinking, Drugs, Party, Teenagers, The 80s. Bookmark the permalink.

Nyxie's Nook
Just The Game of Life
Thoughts with N

This is Life Mental Health Blog

Focus on the Customer

Taking Customer Service to the Next Level

This is my own personality blog experience

Time To Get Our S**t Together

A Little Cup of Helen

Writing about things that are always interesting and sometimes true

Stories Of A Pastel Pink Mind

There is a constellation in your eyes