The next day, Barbie found out from Gerald Edwards that Kelly was staying at Jenny’s for three days while her parents were out of town.

“Goodbye mom,” Barbie called, as she walked in the door after talking to Gerald.

“Goodbye?” her mother asked puzzledly. “What do you mean?”

“Kelly is staying at Jenny’s for three days so I am locking myself in my room for three days,” she said. “I will come out only to use the bathroom.:

“You can’t do that,” her mother said. “Besides, what will you eat?”

“You can make me pancakes and slip them under the door and pour some water through the keyhole.”

“Barbie, Kelly has been at Jenny’s many times and it hasn’t bothered you that much. Now, what’s wrong this time?”

“I just can’t stand her being there,” Barbie explained.

“Besides Barbie, you …” Just then the phone rang.

“Hello … yes … okay, just a minute. Mom! It’s Grandma Hollis. She and Grandpa want to say goodbye before they go up north,” Barbie called to her mother.

“Oh no,” Ann said. “That reminds me, Grandma and Grandpa Matthews are going to stay here while their house is being painted.” Then she picked up the phone and started talking.

“Barbie went outside and sat on her front steps. “Good. Grandma and Grandpa will be here, so that will give me something to do this weekend.”

Kelly had been at Jenny’s for one day day when Barbie’s grandparents came over.

“Well Barbie,” Grandma Matthews said. “How’s everything going with you and Kelly? Are you friends yet?”

“Are you kidding, Grandma? I’ll never be friends with her again!”

“I know, but it doesn’t really matter how long we were friends,” Barbie said. “”We’re not now and that’s all there is to it.”

“That’s what you say now, dear,” her grandma said. “But someday you’ll want to be friends again.”

“Yes, maybe. You think about it,” Grandma told her.

“Okay,” said Barbie. “Goodbye.” She got up and walked out the door.

On the sidewalk in front of the house, in big letters, were the words” SUPERR JERK LIVES HERE. Arrows pointed to the house. Barbie was furious She got the hose and started washing it off, when Kelly and Jenny came walking by.

“You weirdos should be washing this off, not me!” Barbie yelled.

“Oh, now Barbie, dear,” Jenny said. “You’re getting hot under the collar. Why don’t you squirt yourself off?”

“You shut up, or I’ll wash your ugly faces off!”

“I’m getting out of the range of fire,” Jenny said, running part way down the street.

Barbie began advancing toward Kelly. “You’ll be sorry if you do this,” Kelly warned her.

“Let that be my worry,” Barbie said, smiling. She was beginning to enjoy this.

Kelly stepped into the street. She had to keep backing up so Barbie wouldn’t squirt her with the hose. Kelly was in the middle of the street and Barbie was at the curb when a light blue car came speeding around the corner. The car was coming about 30 miles an hour, faster than it should have been.

“Kelly, look out!” Barbie screamed, but Kelly was too afraid to move. Barbie ran out into the street and pushed Kelly out of the way. She could feel the rush of the wind the car made as in passed only inches from her.

She and Kelly lay on the street for a moment before Kelly finally spoke. “You saved my life,” Kelly gasped. “You really saved my life.”

They both sat up and looked at each other for a moment. Then Barbie extended her hand. “Friends?” she said.

There was a pause as they sat there and both thought about the experience they had just been through. 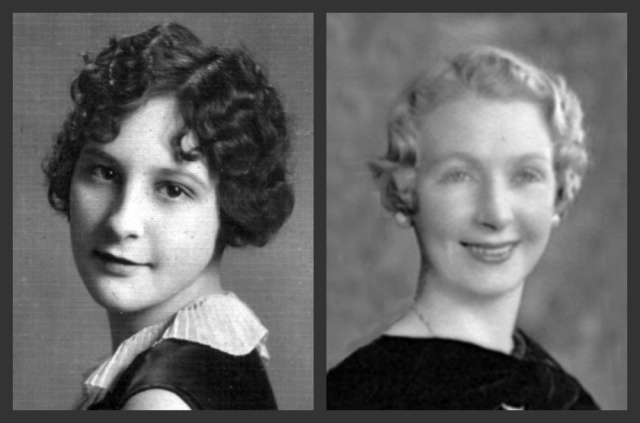 "I do the research so you don't have to!"

Stories Of A Pastel Pink Mind

There is a constellation in your eyes

Unless They're Really Drunk...Or Feeling Adventurous. A Memoir by a Former Lesbian.